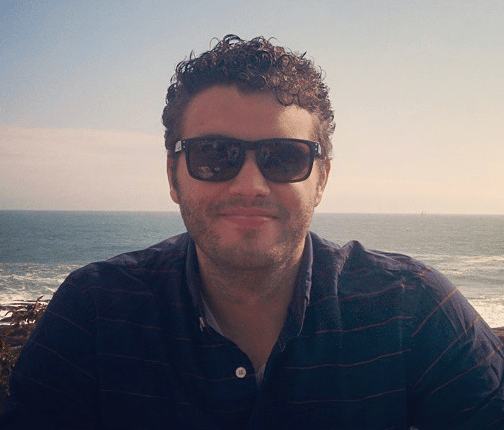 Getting started on your first hardware project can be difficult. Luckily these days we have things like the Raspberry Pi. which put almost everything we need into a nice bundled package to get started on your first cool hardware project. Even better, the Raspberry Pi runs Rasbian, a variant of Debian, which makes it pretty familiar with those already comfortable with popular Linux distributions. The next step is to connect a sensor and it’s definitely easier than you think. But the question always remains, once I’m collecting my data, where will I store it and how do I easily setup some sort of notification service? In this post, I’ll tell you what you need to do to connect your first sensor, get RethinkDB going on your Raspberry Pi, and push that data to all your devices using PushBullet.

I demo’d this tutorial in a talk I gave at the RethinkDB meetup at HeavyBit which you can watch here.

I wasn’t sure what I wanted to do for my first hardware project but having a Raspberry Pi gave me a great place to start. I knew though that if I kept worrying about voltages and GPIO pins I would never get started. So I took a leap and went to Adafruit.com and purchased my first temperature and humidity sensor. I choose the AM2302 because of the support I found on the Adafruit website and the special Python-wrapped C libraries which Adafruit had already written and put up on Github.

You too can finish your project this fast!

After my sensor arrived, I realized the three cables coming from the sensor couldn’t be directly connected to the Raspberry Pi as the GPIO pins are just that, pins. Where somewhere In my mind I had figured they were female connectors. Not wanting to dive into soldering and burn my fingers or play with molten metal, I decided that I would much rather ride my bike out to Fry’s and get some female-female jumper cables for a couple bucks.

Getting started working with the GPIO pins is also somewhat challenging. As I had already lost my Raspberry Pi instructions within the first 30 seconds of opening the box. Were there any instructions in there anyway? Luckily, the Internet is fully of documentation on the layout of the GPIO pins for each version of the Raspberry Pi. My Raspberry Pi 2 being somewhat different than the previous two. Make sure when wiring up your project that you follow a pinout guide such as this one. Plugging the wires in the wrong places can render your Raspberry Pi unusable, so check twice and plug once!

For reference, I am using BCM pin #22 (not physical pin 22!) for the data port in my future examples.

Getting RethinkDB setup on the Raspberry Pi

I wish I could say that this part of the process took unprecedented hacker skill or intelligence beyond measure on my part, but it’s actually a piece of cake.

Following the [directions here][install_rethinkdb] and assuming you have Rasbian (or other Debian deviant) on your Raspberry Pi you should be good to go. The process takes a couple hours to compile RethinkDB from source (I’m working on the .deb package for ARM). If you have a Raspberry Pi 2 there’s a few modifications that you can make to utilize the extra cores to expedite this process.

You can automatically run the script by just copy and pasting this line into your Raspberry Pi 2 terminal:

Once it’s complete, you want to make sure that RethinkDB start when your RethinkDB powers up. To do that, you want to edit the /etc/rc.local file to look like this:

After you have the hardware setup and where you want it, the rest is a piece of cake. I’ve written two scripts that will get this project running. The first will be scheduled to run using cron and the second will be constantly listening for updates to the database to push them out to you via the PushBullet API.

This code assumes you have installed the rethinkdb and Adafruit_DHT modules. Everything else used is in the standard Python libraries.

To install the RethinkDB Python driver it’s as easy as:

To install the Adafruit_DHT modules, first clone this repository. Then run python setup.py install from within the repository directory itself.

The following script is what will be called via a cron job to collect temperature and humidity data. We don’t need to manually create the database and table as the script will check for their existence and create them if necessary. Either copy paste this gist or git clone this URL.

To add this as a cron job, enter sudo crontab -e on your Raspberry Pi 2. My crontab at this moment looks like this:

To make sure the script works properly and to generate the necessary database and table within RethinkDB for the project, just run:

If your script hangs at Attempting to read from sensor, then you should double check your jumper wires to make sure that they are connected firmly.

The other script we are going to run is the one listening to a RethinkDB changefeed and pushing an alert to you when a temperature read is too high or too low. Because of the asynchronous nature of changefeeds, Javascript/Node.js is a natural fit that is easy to follow in terms of logic thanks to the uses of Promises.

To run this code you’ll first need to install Node.js and npm. The easiest way to do that is to first add the nodesource.com PPA to your APT repositories and then install node and npm normally.

Then we need to install the necessary packages for the script from npm.

In order to push notifications for this project I decided to use PushBullet. PushBullet is a text | link | file notification service and has extensions for browsers (Chrome, Safari, Firefox) and nice native apps for both iOS and Android, as well as a simple developer API. Truly, an easy five-minute message and notification queue for all your projects. Before you can use the API you need to sign up for an account, and then grab your access token from the account page. Then just copy paste this into a file in the same directory as your watcherRethinkDB.js in a file named token. watcherRethinkDB.js will expect to find this file and read it to find your token.

Now that we have all of our node.js dependencies installed, we can now run the watcherRethinkDB.js script. Once again, you can copy and paste this gist or git clone from this URL on your RBPi. Just make sure that the script is referenced correctly further along.

We can set this up to start on bootup of the Raspberry Pi easily by adding another line to cron. cron has a few special shortcut commands and the one for the job here is @reboot which says to run a command only at reboot and not until the next reboot. So sudo crontab -e once more and add the following line.

Typically, you execute node files by running node script.js but we are going to use the forever utility which will ensure that even if our watcherRethinkDB.js crashes, it will automatically restart it . To get it going right now, just run:

Lastly, we are going to give your setup a whirl. Reboot your Raspberry Pi and then get back to the command line. Let’s check if the watcher script is running:

You should see something similar to this:

Now, I recommend leaving the portion of the script that will push you a message even at a nominal temperature uncommented out just to make sure it works and comment it out once you get a message through PushBullet as to not spam you with “The temperature is totally fine.” Once you get that message once, you’ve finished baking your first Raspberry Pi project!

One hard part of figuring out a project is the real-world use case. But there are really countless places where having a temperature sensor could be handy:

Now that you have RethinkDB going on your Pi, you have an easy way to not only be notified when the temperature hits a desired threshold but also a way to easily query all collected data without burying yourself in text logs or worrying about losing your data when your Raspberry Pi resets.

Need help or advice on how to setup your Pi or connect to your Pi wirelessly?
Or just advice on your project? Hit me (@dalanmiller) up on Twitter.

Later on you may want to come back and do some analyses on the temperature or humidity observations you’ve collected. Here are some examples of advanced queries that could help get you bootstrapped a little faster.