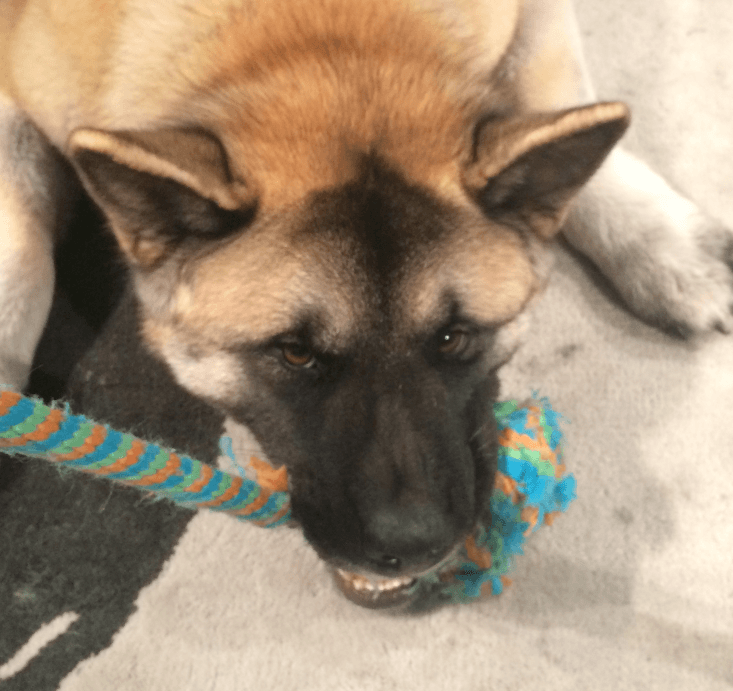 I’m Skyla, RethinkDB’s canine-in-residence. My vitally important responsibilities at the office include terrorizing the UPS delivery man, gazing intently at the team while they eat lunch, relentlessly gnawing stuffed animals, and pursuing the insidious red dot. I’ve recently taken up computer programming so that I can help the team build RethinkDB demos. In this tutorial, I will demonstrate how to build a realtime web application with RethinkDB and Dogescript.

Dogescript is a dynamic programming language designed to reflect the unique canine patois popularly associated with doges. The language transpiles to JavaScript, which means that users can take advantage of a large ecosystem of existing libraries and frameworks. You can adopt Dogescript today without giving up indispensable packages like left-pad.

My full-stack Dogescript demo uses Node.js on the backend. The frontend is built with the handlebars templating library and jQuery. The application, which is called Dogechat, displays a chat room with realtime messaging. It helpfully shows each message as a doge meme. 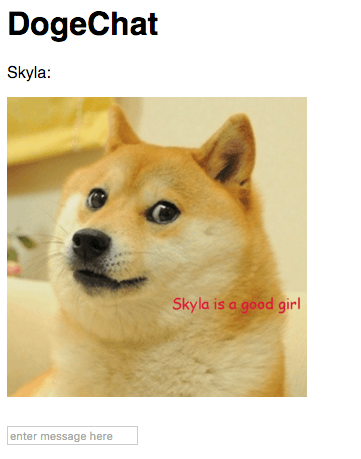 The Dogescript syntax is easy to read, replacing much of JavaScript’s arbitrary punctuation with clear and intuitive keywords. For example, you iterate over an array with the much keyword, invoke functions with plz, and define variables with very. A full introduction to Dogescript syntax is beyond the scope of this tutorial, but you can find a language reference in the project’s GitHub repository.

The query performs a filter operation on the dogechat table, looking for all of the messages sent by me. In Dogescript, the dose keyword allows chaining expressions. You can see the then method chained to the end of the query, with an anonymous function to execute when the query completes.

Let’s paws for a moment and discuss how my Dogechat demo uses RethinkDB changefeeds to propagate realtime updates. Changefeeds let you subscribe to a query, triggering a callback every time there’s new output. Instead of polling, you get a live stream of updates as your data changes. In my application, I attach a changefeed to the dogechat table and then broadcast new messages over socket.io.

Changefeeds make it very easy to build scalable realtime applications. When you horizontally scale your application, every instance can setup a changefeed and get push updates from the database to relay to their connected frontend clients. You don’t have to rely on a message queue or other infrastructure to propagate the updates.

Humans think that they are super clever, but none of this is really new. If you’ve ever heard of the Twilight Bark, you know that dogs basically invented distributed messaging systems.

The following code example shows how I attach a changefeed to a table, broadcasting received updates over socket.io. It also has some boilerplate to initialize the database table, creating it if it doesn’t already exist:

Like most web developers, I like to use third-party cloud services to support key functionality that I’m too lazy to implement myself. For this demo application, I decided to rely on dogr.io, a cloud platform that provides doge memes as a service. In my handlebars template, I simply reference a dogr.io address to obtain a doge meme image for each message:

I used Express to create a POST endpoint in my backend for sending messages. The request handler performs a query, inserting a new document in the database for each sent message:

On the frontend, I use the HTML5 fetch API to perform the POST request whenever the user hits the enter key in the relevant input textbox. In the keyup handler, I use Dogescript’s rly keyword to see if the user hit the enter key.

The fetch API is one of my favorites. As a dog, I’m extremely good at fetch. Well, I’m actually just good at the part that involves maniacally chasing the ball and grabbing it with my mouth. I haven’t quite mastered the finer points of the second phase, the part that involves bringing the ball back so that someone can throw it again. Fortunately, the fetch API is more consistent where returning data is concerned.

U can haz moar doge

After mastering highly technical skills like “sit” and “shake”, I had no trouble figuring out RethinkDB. You can learn it too, just check out our ten-minute guide. You can also view my demo application’s full source code on GitHub. 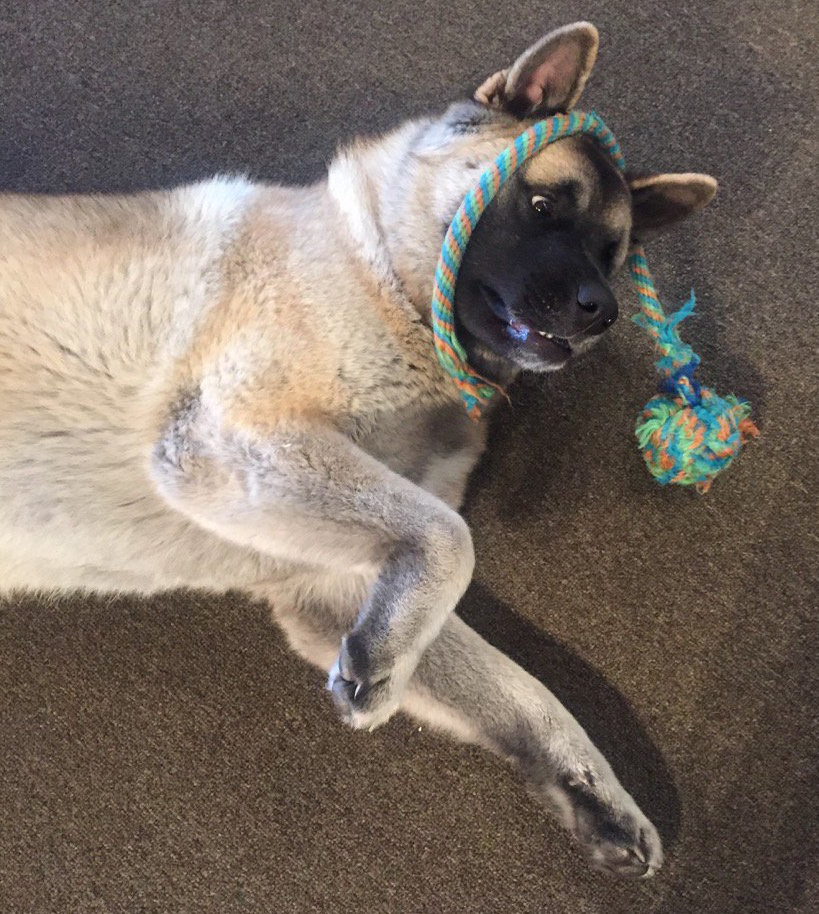