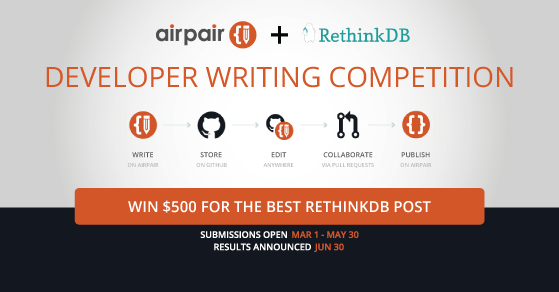 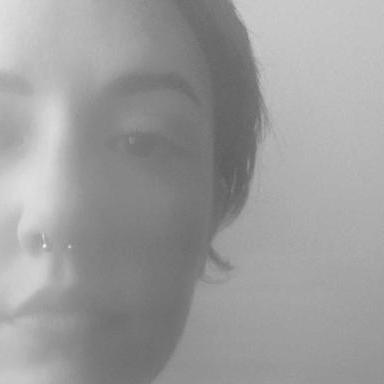 We’re teaming up with AirPair to support their $100k developer writing competition. We’ve sponsored a $500 cash prize to honor the best RethinkDB post submitted to the contest.

AirPair, which provides a service that connects developers with experts for live programming sessions, recently introduced an experimental set of social authoring features that make it possible for authors and readers to collaborate on content. AirPair’s social authoring platform uses a GitHub-based workflow that involves forking and pull requests. They launched a writing competition to highlight the experiment and encourage developers to give it a try.

Over the next twelve weeks, you can win your share of $100,000 in prize money for producing the best tutorials, opinion pieces, and hands-on reports about your experiences using RethinkDB in production.

Have you built a project that involved RethinkDB? Do you have a compelling revelation to share about how RethinkDB can simplify realtime application architecture? If so, consider writing an article for AirPair to share your experience with other RethinkDB developers.

An article published on AirPair will reach a wide audience of developers. The average post published on the site in January received over 15,000 views—it’s a great way to shine a spotlight on your work.