Today, we’re happy to announce RethinkDB 1.12 (The Wizard of Oz). Download it now!

With over 200 enhancements, the 1.12 release is one of the biggest releases to date. This release includes: 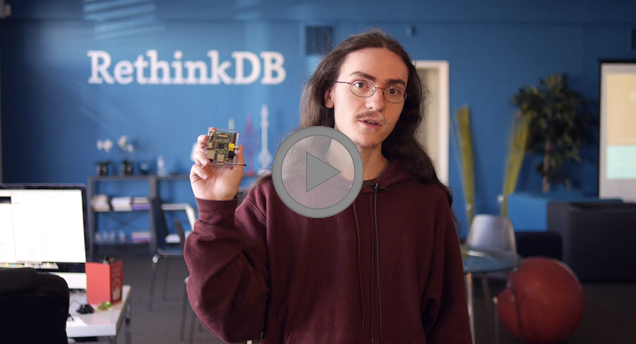 Please note a breaking change: the 1.12 release replaces the commands group_by and grouped_map_reduce with a single new command group. You will have to adapt your applications to this change when you upgrade. See the 1.12 migration guide for details.

Let’s say you have a table plays where you keep track of gameplay outcomes for users of your game:

In RethinkDB, you could always count the number of games in the table by running a count command:

The built-in count command is a shortcut for a map/reduce query:

The new release removes the old group_by and grouped_map_reduce commands, and replaces them with a single, much more powerful new command called group. This command breaks up a sequence of documents into groups. Any commands chained after group are called on each group individually, rather than all the documents in the sequence.

Let’s say we want to count the number of games for each player:

Of course instead of using the shortcut, you could write out the full map/reduce query with the group command:

In addition to the already available aggregators like count, sum, and avg, the 1.12 release adds new aggregators min and max. You can now run all five aggregators on any sequence of documents or on groups, resulting in a unified, powerful API for data aggregation.

Chaining after group isn’t limited to built-in aggregators. We can chain any command, or series of commands after the group command. For example, let’s try to get a random sample of two games from each player:

These examples only scratch the surface of what’s possible with group. Read more about the group command]group-api and the new map/reduce infrastructure.

1.12 includes a lot of improvements to the caching infrastructure. The biggest user-facing change is that you no longer have to manually specify cache sizes for tables to prevent running over memory and into swap. Instead RethinkDB will adjust cache sizes for you on the fly, based on usage statistics for different tables and the amount of memory available on your system.

A port to ARM

Four months ago David Thomas (@davidthomas426 on GitHub) contributed a pull request with the changes necessary to compile and run RethinkDB on ARM. After months of testing and various additional fixes, the ARM port has been merged into RethinkDB mainline.

You shouldn’t have to do anything special. Just run ./configure and make as you normally would:

Note that ARM support is experimental, and there are still some issues (such as #239) to work out.

Special thanks to David for the port, and to the many folks who did the testing that made the merge possible!

We also added a split command for breaking up strings, which behaves similarly to the native Python split:

You can learn more about the commands in the API documentation.

In addition to stability work by almost everyone on the RethinkDB team, for the past four months @danielmewes dedicated his time almost entirely to stability and performance improvements. He uncovered and fixed dozens of latency and memory problems, stability issues with long running clusters, and slowdowns during highly concurrent workloads.

Here is a very small sample of the stability fixes that ship with the 1.12 release:

Help work on the 1.13 release: RethinkDB is hiring.