With over 200 enhancements and a major restructuring of the clustering layer to support high availability, this release is the culmination of over a year of development and many months of testing. The major features in RethinkDB 2.1 include: 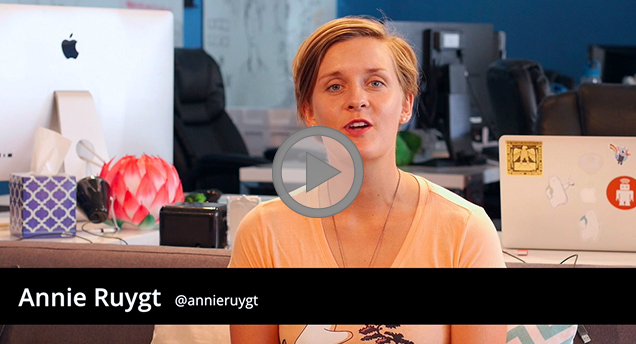 In RethinkDB 2.1 we introduced built-in support for automatic failover, which enables high-availability clustering. The new version increases the reliability of RethinkDB clusters, and dramatically reduces the risk of downtime when servers become unresponsive or the cluster encounters a split-brain scenario.

When a server with a primary replica experiences failure, the servers with remaining replicas elect an acting primary to take its place until the wayward server is either restored or permanently excised from the cluster. As long as a majority of replicas remain operational to elect an acting primary, hardware failure or partial network outages will no longer compromise database availability.

Another improvement in the 2.1 release is that tables remain accessible during resharding. You can add and remove RethinkDB nodes in a live cluster to respond to database load without experiencing loss of availability. Cluster behavior is also more forgiving in instances where individual servers fail. For example, you no longer have to permanently remove a failed server from the cluster in order to perform administrative tasks like table creation. 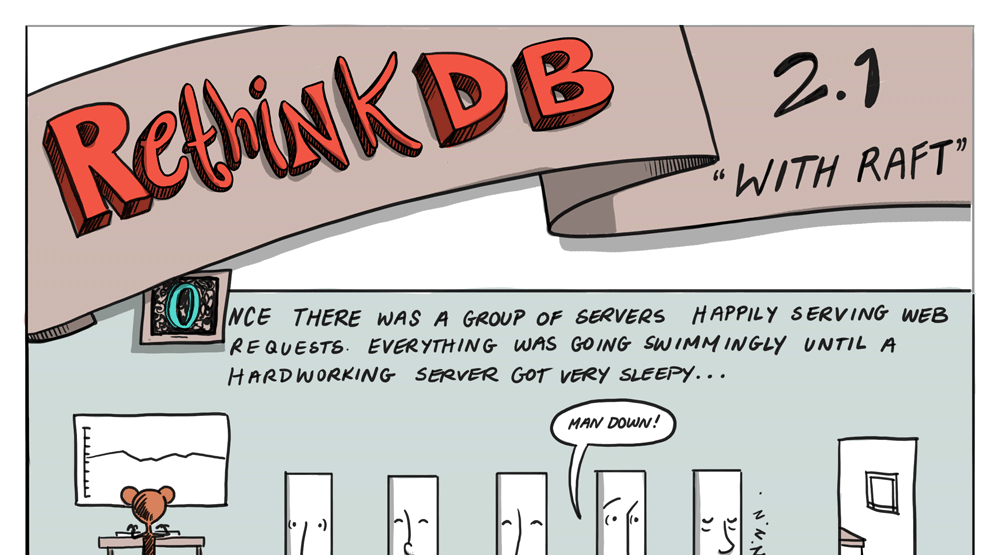 We started design and development of automatic failover in early 2014. Our first task was to pick a distributed consensus protocol. We quickly settled on the Raft consensus algorithm. First introduced in 2013 by Stanford researchers, Raft’s influence is growing quickly in distributed computing and related fields. In RethinkDB 2.1, Raft provides the underlying logic that enables replicas to elect an acting primary.

We did a survey of available Raft libraries and after a lot of experimentation learned that existing libraries don’t integrate well with the networking and coroutine layers in RethinkDB. After about a month of heavy development we had a compatible implementation of Raft that integrated cleanly with lower-level RethinkDB subsystems.

Once we had a robust Raft implementation, the next challenge was to move cluster metadata handling into the Raft state. This involved significant work due to the complexity of the codebase, and required refactoring many of the major clustering components. This work took a few more months, at which point we had a working implementation of the RethinkDB cluster based on the Raft algorithm.

We chose to only store cluster metadata in Raft due to performance limitations imposed by distributed consensus, so the next challenge was to safely integrate data handling into the new design. We worked with users to define consistency guarantees, and then collaborated with the community to peer-review the design and the implementation. The process took another couple of months, followed by a few more months of bug-fixing and polish.

We put the RethinkDB 2.1 development branch through four layers of testing. Firstly, we unit-tested the Raft implementation and worked to peer-review it with the community.

After that, we ran the new clustering implementation through our existing integration testing framework. We tested various failure scenarios, including individual server failures, network outages, and sophisticated split-brain scenarios such as non-transitive connectivity.

Once RethinkDB 2.1 passed our internal clustering tests, we added support for RethinkDB into the Jepsen tests. The Jepsen test framework is the de-facto standard for testing distributed systems, and it provided an additional layer of safety over our internal testing framework. You can see the timeline of the implementation and relevant pull requests on this GitHub thread.

Finally, we worked with hundreds of bleeding-edge users to deploy the beta version of RethinKDB 2.1 in the wild, to make sure the product performs as expected in real world scenarios on a wide variety of platforms, use cases, and network topologies.

In RethinkDB 2.1, we added support for performing asynchronous queries in Ruby and Python by integrating with the EventMachine and Tornado frameworks. Members of our community implemented improvements to the Python client driver, extending it to support asyncio and Twisted. You can now use the Python client driver with those frameworks in 2.1. The asyncio code was contributed by Thomas Kluyver and the Twisted integration was contributed by Lahfa Ryan.

Some other useful new features available in the 2.1 release include new math commands (floor, ceil, and round) in the ReQL query language and Support for securing client driver connections with SSL.

For more details, check out the official release notes. To try the new release for yourself, download and install it today.