We are happy to announce RethinkDB 1.7 (Nights of Cabiria). Download it now!

See the full list of over 30 bug fixes, features, and enhancements.

Etienne Laurin (@atnnn), an engineer at RethinkDB, introduces these new features in this one-minute video: 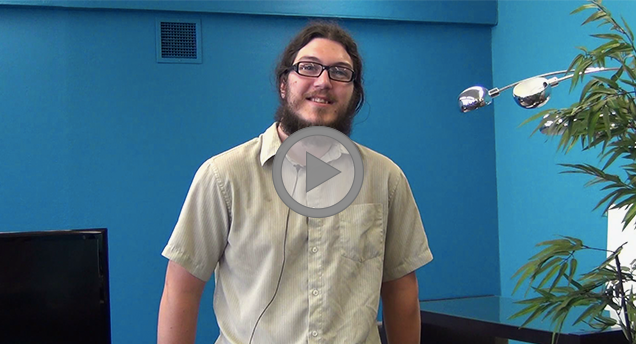 Two extremely common use cases among RethinkDB users are to import existing JSON and CSV datasets into the database, or to export RethinkDB data as JSON or CSV to be used by another system. While it’s pretty simple to write quick import and export scripts using ReQL drivers, we didn’t want new users to keep replicating this work, so we included standardized import and export tools into RethinkDB 1.7.

You can import and export data as follows:

RethinkDB 1.7 also ships with dump and restore commands that allow easily doing hot backups on a live cluster. Back up your data as follows:

Since the backup process is using client drivers, it automatically takes advantage of the MVCC functionality built into RethinkDB. It will use some cluster resources, but will not lock out any of the clients, so you can safely run it on a live cluster.

You can reimport the data back into a running cluster as follows:

The dump and restore commands are built on top of import and export, and operate on tar.gz archives of JSON documents (along with additional table metadata). You can run rethinkdb dump --help and rethinkdb restore --help for more information.

Atomic set and get

ReQL was always designed to support arbitrary atomic modification operations of documents. For example, you could increment a counter as follows:

This functionality is similar to MongoDB’s findAndModify and Redis’s atomic commands, and allows gracefully handling a variety of sophisticated use cases.

The benchmark was done as follows:

Here are the results of performance tests for small (120 byte) documents: 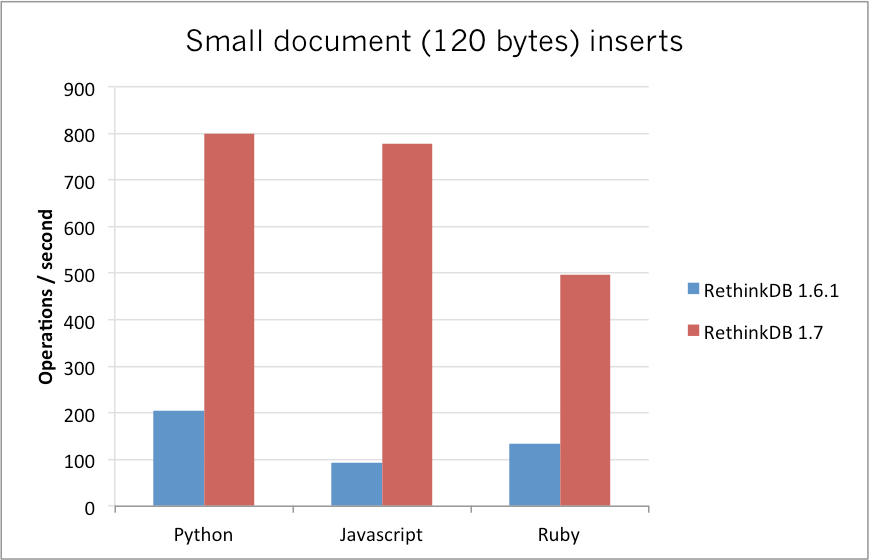 And here are the results of performance tests for large (8 KB) documents on the same machine: 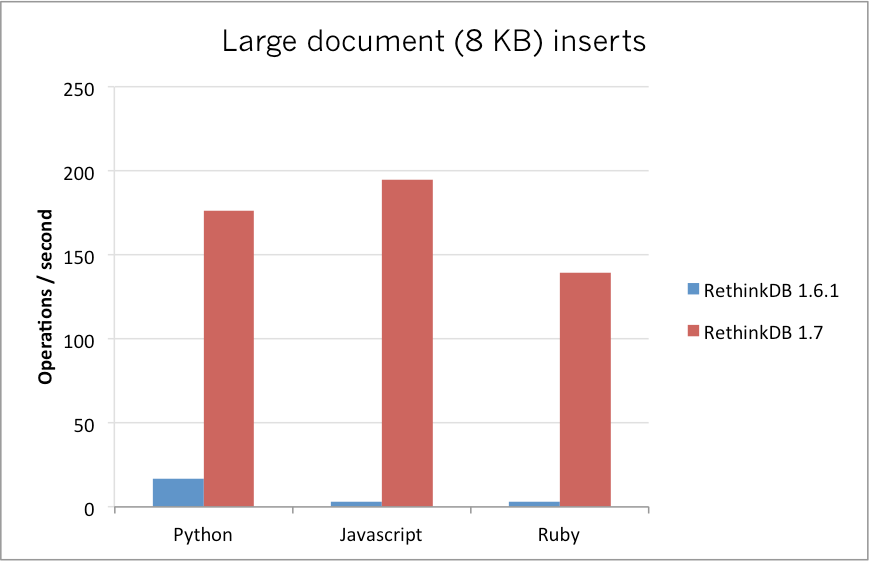 In addition to the changes above, we made a number of other enhancements that make some ReQL use cases a lot more pleasant:

We’re starting to work on the 1.8 release. It’s scheduled to include extensive improvements to nested attributes handling (see issues #872 and #1094), native support for date operations (see #977), and improvements to the groupBy and groupedMapReduce commands (see #977).

After the 1.8 release is out, we expect to focus our efforts almost entirely on performance and scalability as we gear up for a production-ready release of RethinkDB. If you have comments about the roadmap, we’d love to hear from you!